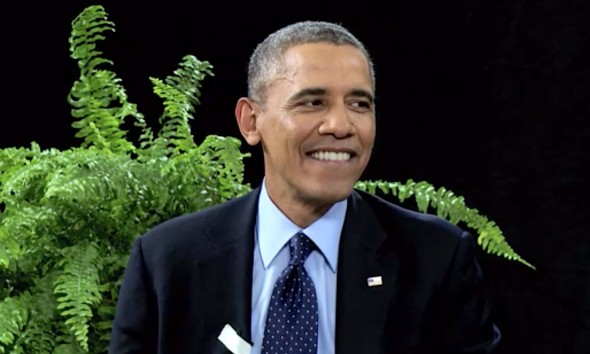 Barack Obama made a content marketing slam dunk this week when his interview on “Between Two Ferns” went viral. Hosted by Zack Galifianakis, the satirical Internet talk show featured on the website Funny or Die has become increasingly popular among young adults. The periodic program consists of humorous, albeit painfully awkward, interviews between Galifianakis and a variety of Hollywood celebs ranging from Toby McGuire to Sally Fields. While a far cry from the typical media outlets for the President of the United States, the humorous six-minute interview proved to be a strategic success. Not only did Obama get to flex his funny bone, but he also drove home the importance of one of his biggest agenda items.

In between a series of awkward questions and exchanges (including Galifianakis asking ‘So what’s it like to be the last black president?’), Obama urges viewers to visit healthcare.gov, the embattled website designed to help uninsured Americans sign up for health insurance before the March 31 deadline stipulated in the Affordable Care Act.

Within 24 hours of hitting the Internet the video went viral, with sites ranging from the Huffington Post to Bloomberg Businessweek picking it up and millions of people talking about it on social media. The impact the video had soon became apparent in a series of Tweets from the government. Here’s just one example from one of Obama’s senior communications advisors:

At this point, more than 14 million people have viewed the clip and tens of thousands of them have visited healthcare.gov as a result, making it the site’s number one source of referrals.

While it remains to be seen exactly what kind of conversion rate the President was able to derive out of his unusual plug, this is still a great example of the power that viral content can have. Through a short and entertaining video, he was able to amplify a very important message. And, he did it using a medium that he knew would appeal to young adults, one of the demographics in greatest need of encouragement to sign up for health insurance.

I don’t know about you, but to me this seems to me like a great example of the power of content marketing and the kind of impact you can achieve when your content goes viral. Nice work, Obama!

PS: If you’re one of the people who hasn’t seen the video yet, you can find it here.